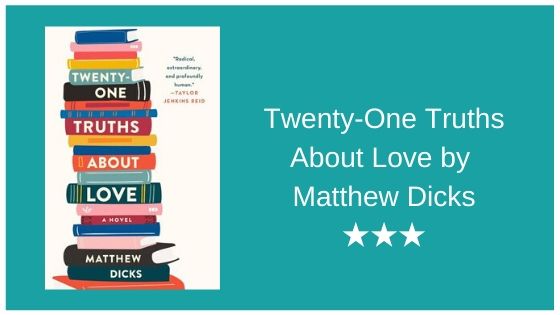 1. Daniel Mayrock loves his wife Jill…more than anything.
2. Dan quit his job and opened a bookshop.
3. Jill is ready to have a baby.
4. Dan is scared; the bookshop isn’t doing well. Financial crisis is imminent.
5. Dan hasn’t told Jill about their financial trouble. He’s ashamed.
6. Then Jill gets pregnant.

This heartfelt story is about the lengths one man will go to and the risks he will take to save his family. But Dan doesn’t just want to save his failing bookstore and his family’s finances—he wants to become someone.

1. Dan wants to do something special.
2. He’s a man who is tired of feeling ordinary.
3. He’s sick of feeling like a failure.
4. Of living in the shadow of his wife’s deceased first husband.

Dan is also an obsessive list maker, and his story unfolds entirely in his lists, which are brimming with Dan’s hilarious sense of humor, unique world-view, and deeply personal thoughts. When read in full, his lists paint a picture of a man struggling to be a man, a man who has reached a point where he’s willing to anything for the love (and soon-to-be new love) of his life.

Thank you to NetGalley, St. Martin’s Press & Matthew Dicks for a copy of this novel in exchange for an honest review.

Twenty-one Truths About Love is about a man named Daniel who quit his teaching career to open a bookstore. He’s going through a lot with his marriage, losing money and more when he finds out that his wife is pregnant. To help him cope with his life, he makes lists in a diary that displays all different types of areas in life. He figures out what he needs to do and his finances and how he will make it all work. Things are rough for Daniel, but you see just how his mind is working through the lists he creates.

There was a lot to love about this book. Daniel, as a character, was hilarious and had a lot of funny moments in his lists. With this character, you could see the changes in him. He tried to be funny when his life was “falling apart” and it was easy to see that. It reminded me of how we really are as humans. We put on this show of how we are alright on the outside when we are struggling on the inside. I think this is an important reminder for the author to point out, and I’m appreciative of Matthew Dicks doing so.

The book itself got a little tiring in the list format. It’s unique and I was definitely interested in the list aspect of it, but after a while, I got a little bored of it. It was a lot of numbers and titles and it was kind of hard to get through by the end.

The other issue that I had with this book was that I began reading this book because of the synopsis that Daniel was the owner of a bookstore. I feel as though the author only referenced books a couple of times and barely talked about Daniel’s bookish side of life a handful of times.

I think that this novel would be very promising if there were some paragraphs thrown into the mix with the lists. As someone who worked in a library for 10 years, I would’ve liked to see more of Daniel’s bookstore life. However, I understand that this was about Daniel and the journey he had on becoming a father, etc. If you are a lover of general fiction, I’d pick this one up! 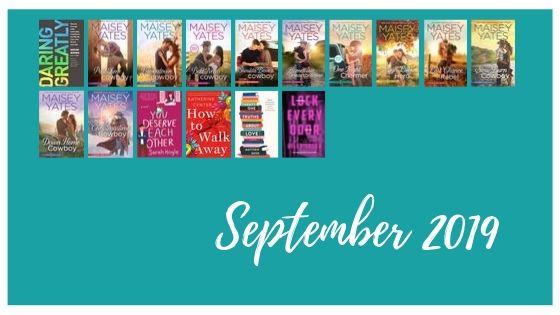